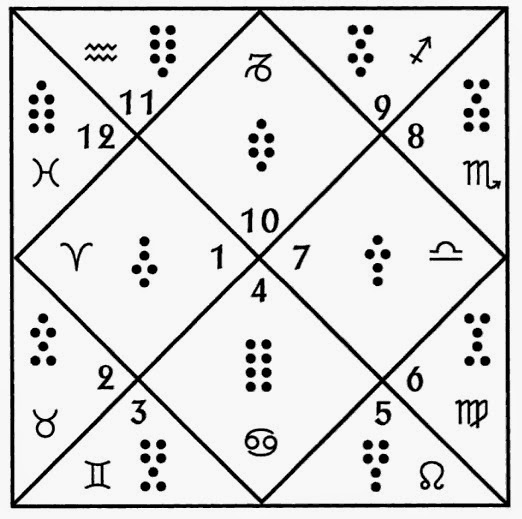 Thanks to some wonderful modern books like that of John Michael Greer, geomancy has begun to rise in popularity. For a while it was eclipsed in Europe by astrology and the tarot, but it is definitely making a come back. Though it continues to be a relatively small practice, the interest is growing and every day I meet new people who have taken their first steps to becoming geomancers.

Geomancy is a practice that is very dear to me. Though over the years I have become known as a tarot reader here in the West, I practiced geomancy long before I ever picked up the tarot. Indeed, I didn't start working with the tarot until my teenage years where I was trained in geomancy from a very young age. My practice in geomancy is quite old and along with astrology and dream interpretation is the only form of divination that I am known for in the Middle East. It is an essential part of my practice as a djinn conjurer. When it comes down to it, my business and political clients in the Middle East are only interested in geomancy and astrology. None of them want tarot readings, but all of them want charts cast for business deals, financial decisions, personal matters, and political endeavors. Every single one of my retainer clients are either geomancy clients or astrology clients, or both.

So what is geomancy? Geomancy is a North African and Arabic form of divination that was originally done by making dots in the sand. A number of dots and lines were marked which gave birth to a set symbols and figures from which a chart was produced. It became associated with astrology and traveled via the Muslims into Europe where it became a highly popular form of divination. Geomancy comes from the Greek, geo mantia meaning "earth divination."

Though I am highlighting some of the differences between the two arts and while khatt al raml is the parent of geomancy, I am not making claims of superiority or that one is better than the other. Both are wonderful methods of divination with much in common. The differences however are there and worth noting: